Banner photo today is a Sinclair gas station in Missouri

Today’s excitement involved Eagle 83’s main propulsion system, and the Tundra Excursion Module (TEM). Don’t worry, our brave crew is doing fine. Eagle 83 began making noises which were initially diagnosed as a loose fan belt. When adjusting the fan belt didn’t help, the services of a propulsion system engineer were secured around lunch time. The problem was simple once diagnosed, part of the environmental system was damaged and making the noise: specifically, the air conditioner. This was one sub-system that was NOT serviced before launch, since the crew didn’t plan on using it en-route or in Alaska. In quick order, the air conditioner was disconnected from the main engine and all systems are back to normal. 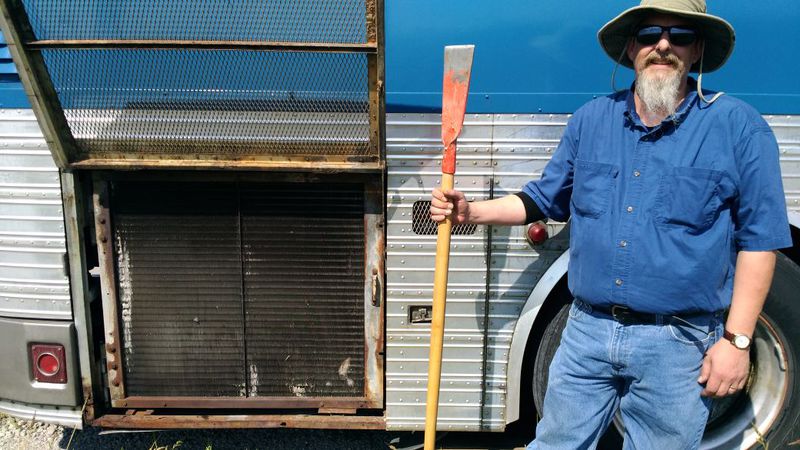 Alas, a second problem arose in Samurai, the TEM. In their excitement over solving the air conditioner noise, the crew skipped the next scheduled TEM service, resulting in a possible transmission problem. As a result of excellent pre-launch planning, a TEM transmission specialist is located across the street from the crew’s overnight location in Mitchell, SD. TEM repairs should be completed tomorrow, and Samurai will once again dock with Eagle 83 and the mission will resume.

Today’s travels took Eagle 83 mainly north along I29, where they travelled along the border between Missouri and Kansas, then Iowa and Nebraska. Upon reaching Sioux Falls, South Dakota , they turned westward onto I90 until arrival at Mitchell, South Dakota, home of the famous Corn Palace.