Banner photo today is of the Missouri River

The Tundra Excursion Module (TEM) Samurai was finally repaired today. Not only was the drum replaced, but a slight modification was made to the docking module that will make it easier to explore in the TEM. 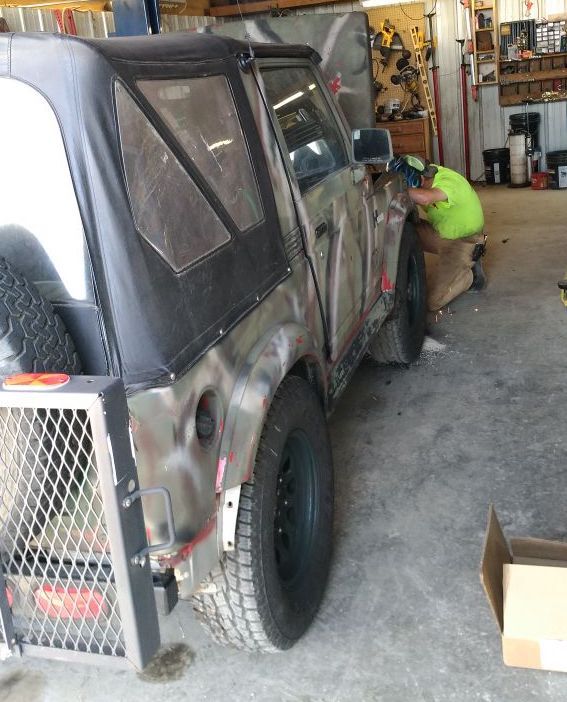 In addition, BusCom Alex was able to upgrade the interior of his station, using discarded items from Paul and Randy’s graveyard business.

The crew flawlessly performed a successful trans-alaskan injection manoeuvre. This put them back on a precise course to intercept Alaska before winter sets in.

Capt Greg at the controls, approaching the Missouri River

Alas, fatigue set in on the crew after paddling Eagle 83 across the Missouri River. As a result, they turned in early today, spending the night at Oacoma, South Dakota, where the population is 460 and the motto is “One Day Just Isn’t Enough”

In the parking lot, they encountered another Alaska bus, carrying some wildlife. 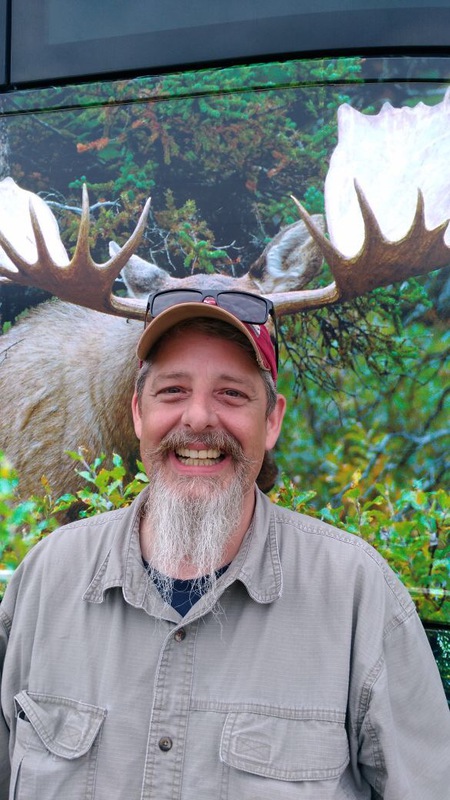 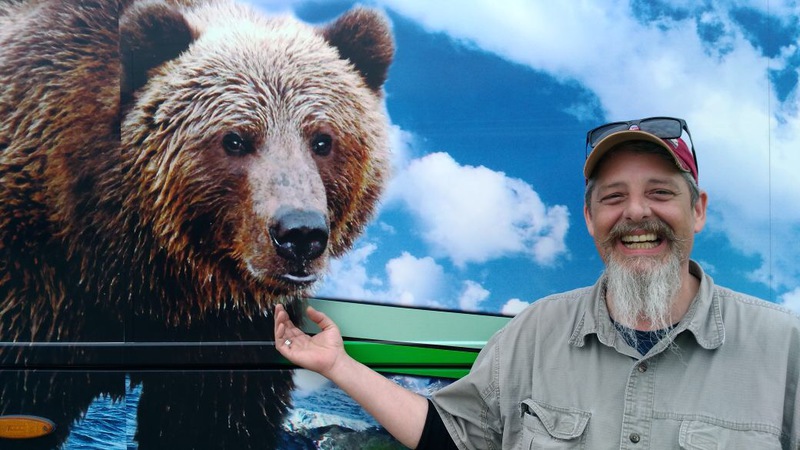 Brave Capt Greg tickling the chin of a bear

No cumulative statistics today, I’m lazy. A detailed spreadsheet will be posted tomorrow or Friday.