Today the crew made good progress, despite passing briefly through a space-time warp, which took Eagle 83 back into the late Jurassic period. 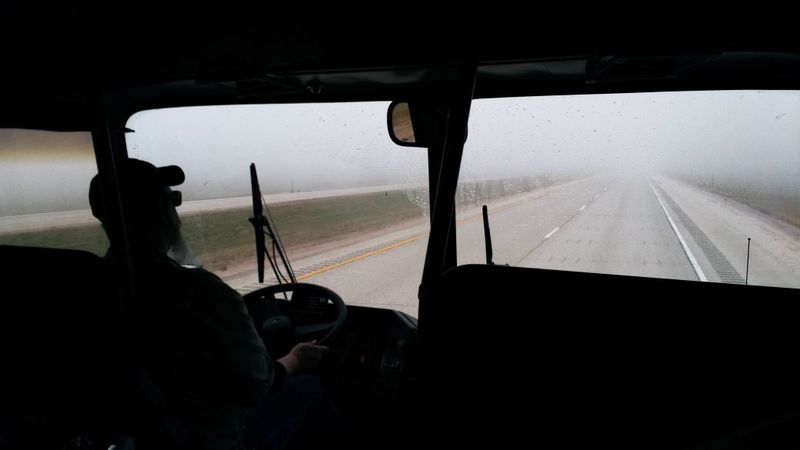 Dangers lurked all around, wild and unfamiliar creatures appearing out of the mist with no warning. Fortunately the crew performed flawlessly. They had trained for just this scenario, having anticipated the possibility of being sucked back into various geologic time epochs by unexpected space-time portals.

The only close call was having to outrun an angry Brontosaurus, who mistook the expedition for dinner. 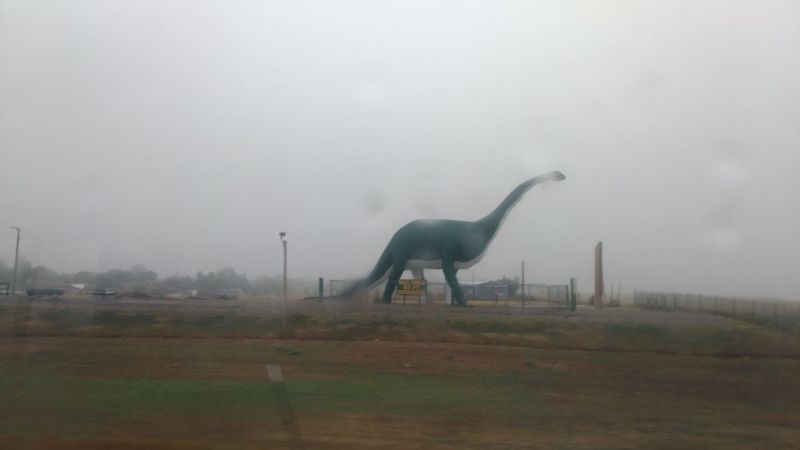 Today’s route was simple, it just followed I90 all day across the state of South Dakota, through Rapid City and Sturgis. Then around the northern boundary of the Black Hills, and finally stopping in Moorcroft, Wyoming to eat and sleep.

I can’t think of the Black Hills without a hat tip to Rocky Racoon:

To those unimaginative readers who doubt the veracity of the above story, I offer a more believable, but false, explanation herein. The bus encountered a lot of fog and rain today, giving the appearance of a space-time portal. The brontosaurus wasn’t really chasing them, but rather it was a fifty ton, eighty foot concrete dinosaur constructed in 1967 to attract thirsty tourists. That’s crazy, right? A space-time portal is a much more likely explanation.