Today was a momentous day for the Eagle 83 mission, as the crew reached several milestones.

Lots of mountains today, not surprising since they were passing near the Continental Divide and crossing the Rocky Mountains. Maximum elevation today was about 4600 feet (1400 m). 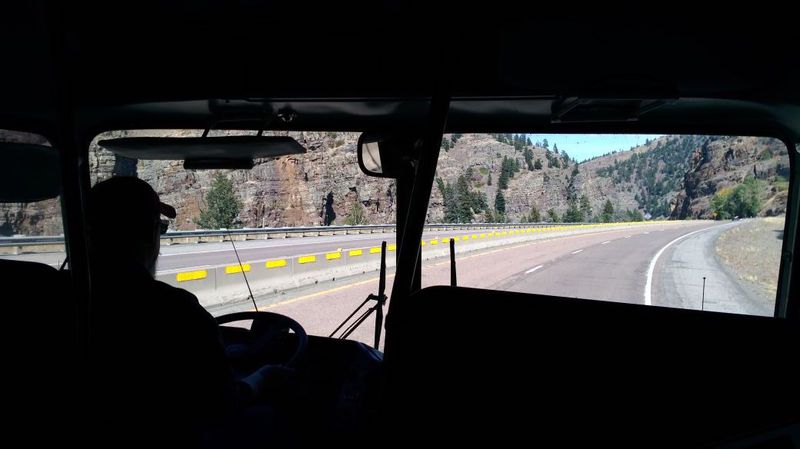 First we go up… 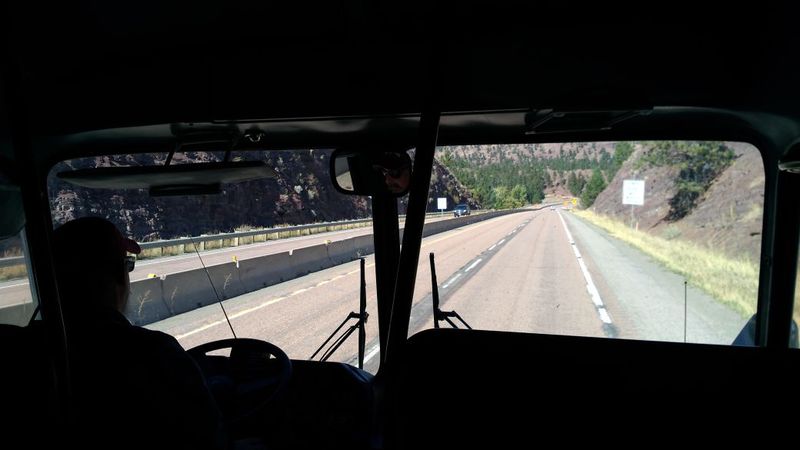 … and then we go down 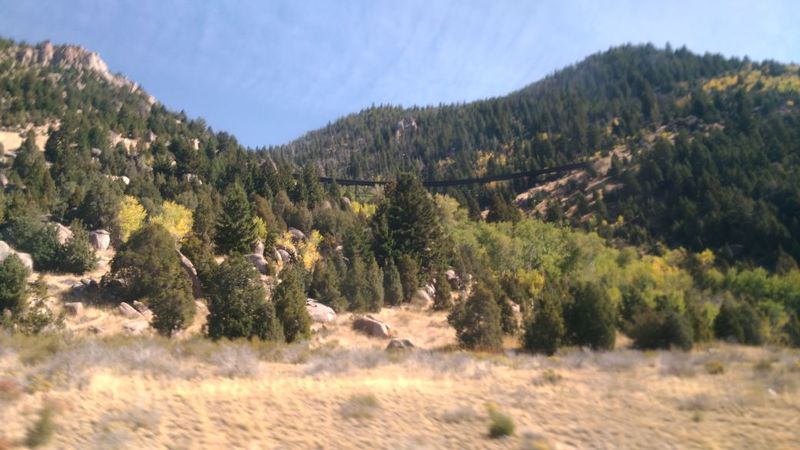 Mountains to the left (and a footbridge?) 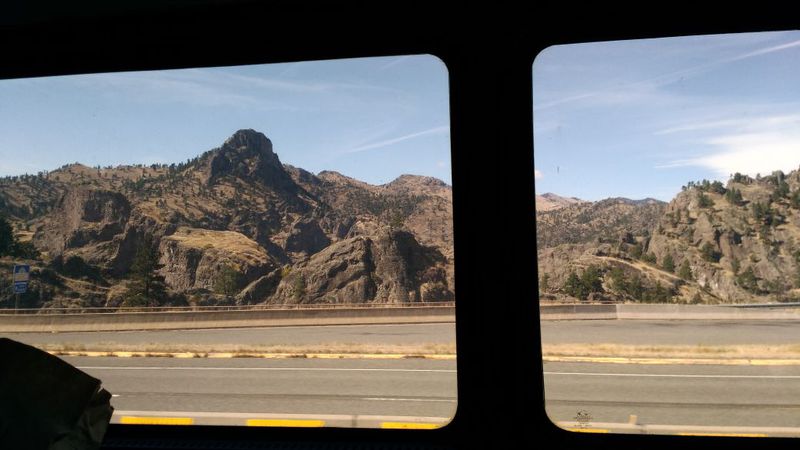 Mountains to the right 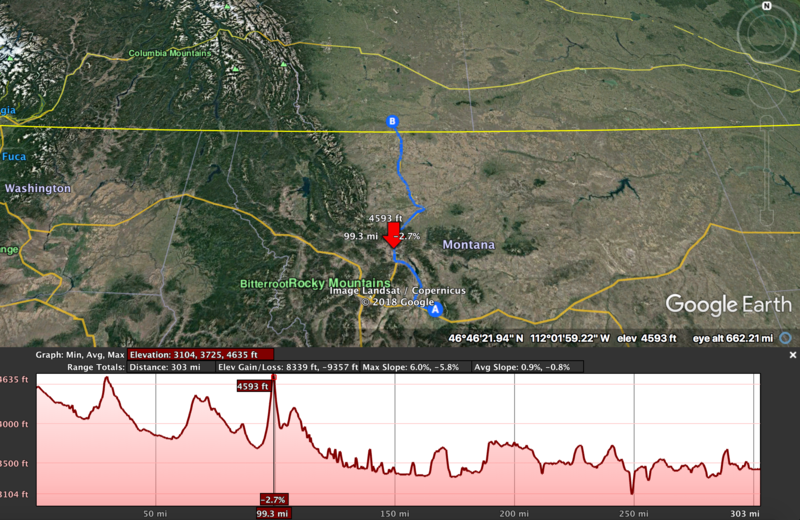 Today the route continued a little further west on I-90 until reaching Helena, Montana, where they turned north along I-15. They arrived at Sweet Grass, Montana, the northern terminus of I-15, and crossed into Canada at the Coutts Port of Entry. They continued briefly along Alberta Highway 4 and landed in Milk River, Alberta for sustenance and mandatory crew rest.

The author may have embellished small parts of these journey logs due to lack of source material and/or boredom. Many things are true, a few things may not be. Enjoy.