Just as the annual Korean Drone show in Busan arrived last week, The Stumbler’s annual super sinus infection arrived. The doctor prescribed six different medicines and told me to stay in bed for three days, exactly the same three days of show. And he was right, I needed all three days to recover.

So unfortunately I missed the Drone show and seeing the exhibits of two of our local Sacheon companies. Here’s a quick summary.

Two fellow Sacheon-based engineers, BM and AY, develop drones for SAMCO. They have two facilities, both located in the Sacheon Industrial Park beside the South Sea estuary. Here is their exhibit at the show. 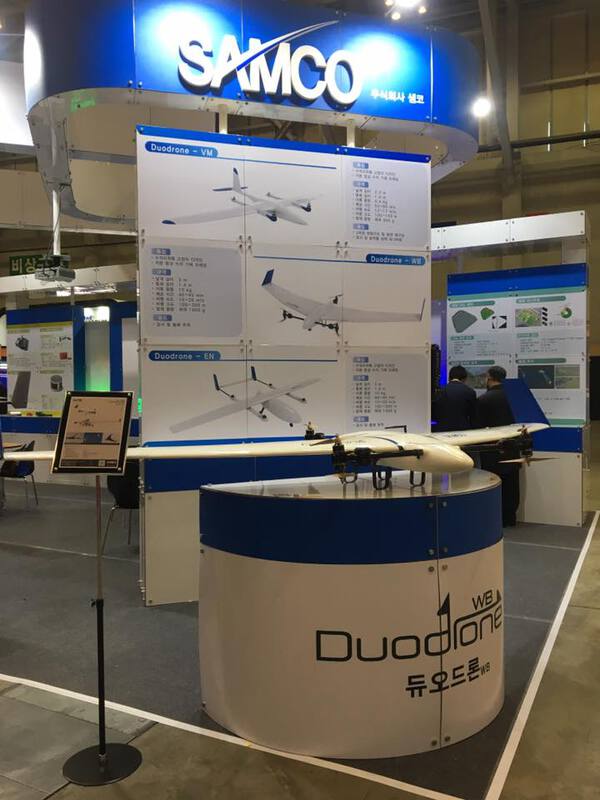 SAMCO Duodrone on display at the Busan Drone Show 2019

Drones from their Duodrone family are based on a 2.2m wingspan airframe and come in a variety of configurations. They target several applications:

You can find more information at the links below.

Another fellow Sacheon-based engineer, TJ, has been working on the Hybrid Smart Drone project at Kencoa. Here is their booth at the Drone show.

The model KEN-HSD 200 has a wing-span of 2.9m and is in production now. Kencoa is also located in the Sacheon Industrial Park, just south of the Aerospace Museum. And they are building a new facility further south in the new Jongpo Industrial Park.