This weekend I had several addresses which I had copied and pasted on my computer for a report I’m working on. They were in various, less-than-perfect formats. But I happen to know that the Korean Postal service operates a website that is perfect for my needs.
You input a casually formatted address, in either Enlish or Korean, and it gives you the correct and acceptable format, also in both English and Korean.

Being handy with the computer, I decided to automate the process and had a wonderful experience improving my Python, BeautifulSoup, and Selenium skills. Actually, I didn’t waste too much time on the main task, but on a completely frivolous issue that caught my attention. The Postal site returns the coordinates of the address, presumably in latitude / longitude format. However, since I could easily get the actual coordinates of these addresses using other mapping services, I compared the two. the Post Office numbers seemed wrong - wildly wrong.

To give an example, here are the coordinates for a McDonald’s located on Jeju Island next to the airport. You can’t tell it from just one point, but overall they were spread out more-or-less like lat/long values.
Just their scale and reference point were all wrong.

After a few false starts trying to calculate the conversion factors, I stumbled onto a method used in the field of cartography, when one tries to back out the transformation between sets of data points which used different reference systems. That whole formal process was overkill, but it gave me the idea of how to find it manually. I start with both data sets, and normalize the points to their centroid, or it’s barycenter ( new word for the week ). And then plot them together to visually see the mis-matches.

This was easy to do in Excel, since I only had a handful of sample points. I then tinkered with the scale factor(s) and offsets. This slowly brought the points into convergence, or as near as I wanted to fool with it. I think if I really want to, I could come much closer using more carefully select sample points, and more of them. Here is the plot of the points after I transformed them (orange points are the Postal System’s coordinates). 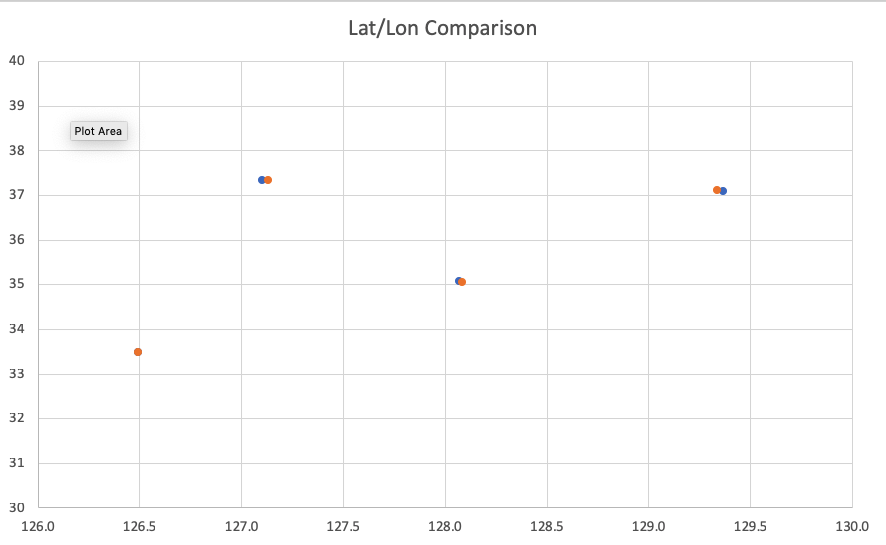 Here are the scale and offset factors needed to get those to match were interesting:

To convert Postal lat/lon into real lat/lon, you apply this simple formula:

Notice the huge scale factors, something I might expect if they were integers. But clearly they aren’t. Not only are the scale factors weird, but they are different. So why was this post entitled Paracel Islands? Well, it turns out that is the only feature located at the estimated reference point-zero of the Korea Postal Service geodetic system. 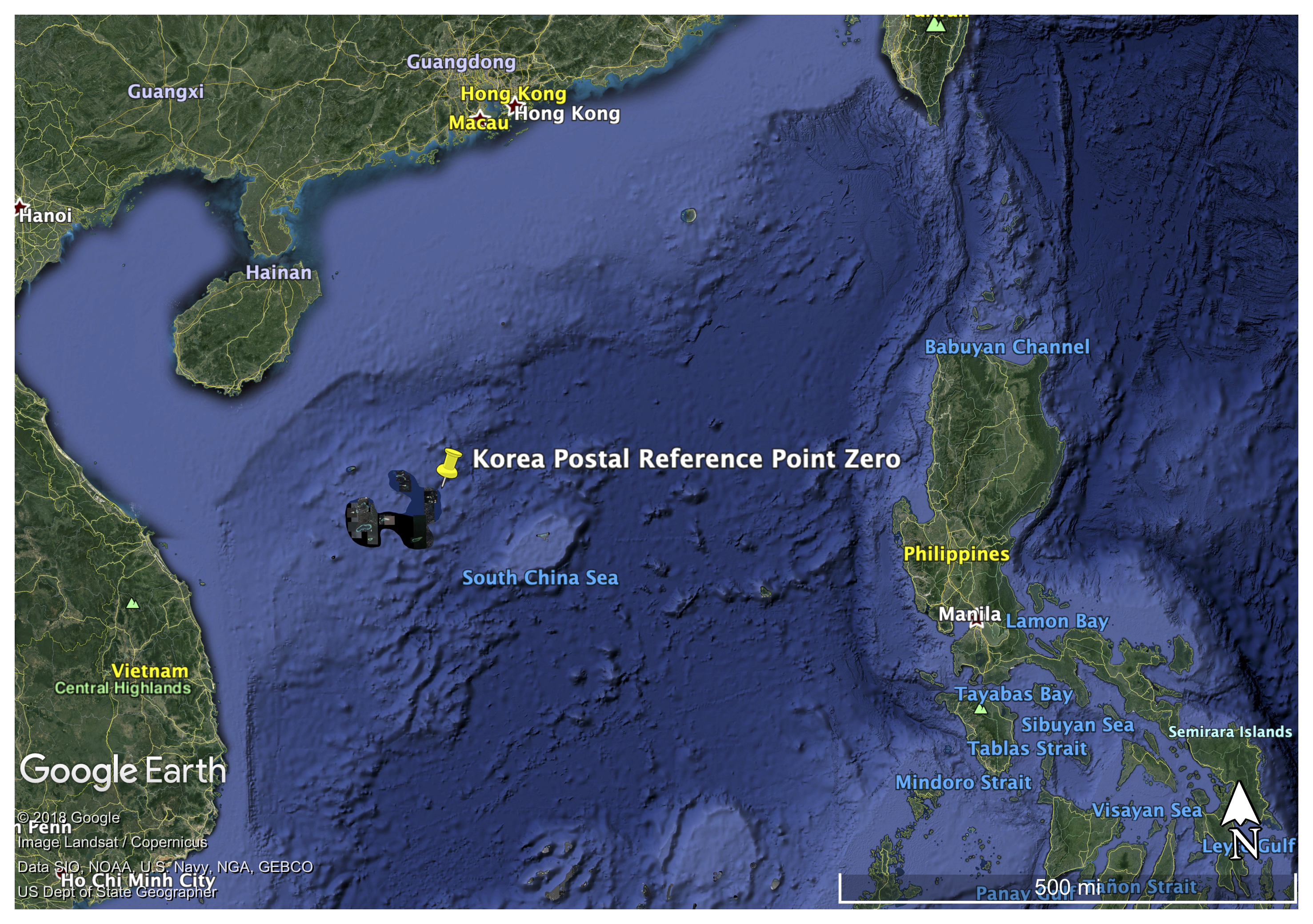 And despite this side distraction, I did get the script working.