Here is the Kicad schematic again, drawn for Spice analysis. 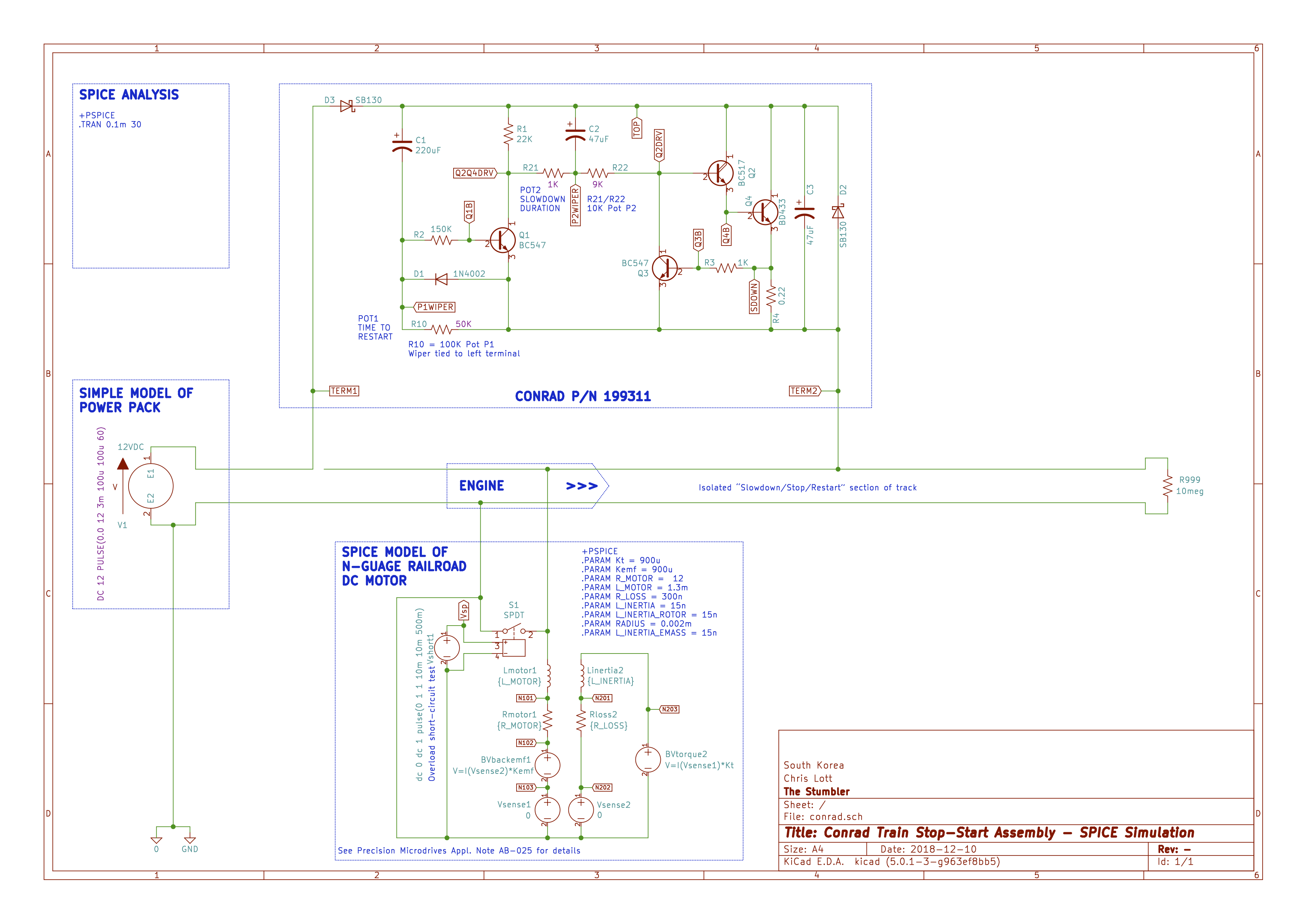 So, the first question was what version of SPICE to use.

For the last serious SPICE simulation I did some years ago, I used Beige Bag Software’s B2.Spice A/S. I still have that, but it is a Windows program and everything I’m working on these days is Mac or Linux. So I sought out another solution. No problem, there are still a lot of options:

I started off trying to use the latest version of Kicad 5.0 which has new and improved interface with SPICE (ngspice, specifically). That turned out to be quite a struggle. Several times along the way I gave up on Kicad/NgSpice and tried several of the other products. Every one had it’s own quirks, and I kept returning to the Kicad approach. While still a little buggy, it was actually very well integrated and held promise for ease of use in the future.

This isn’t going to be a how-to, but here are some of the issues I fought:

Ultimately I was pleased with the Kicad / SPICE setup.

Some Links for my future Reference